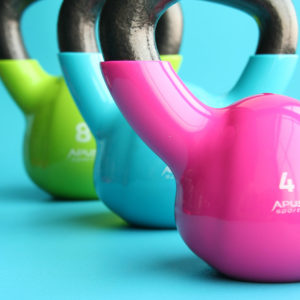 Alzheimer’s disease is one of the biggest concerns many of us have as we get older. While you may have been told that all you can do is hope for the best and wait for a pharmaceutical cure, the truth is much more encouraging. Promising research shows that you can reduce your risk of Alzheimer’s and other dementias through a combination of simple but effective lifestyle changes. By leading a brain-healthy lifestyle, you may be able to prevent the symptoms of Alzheimer’s disease and slow down, or even reverse, the process of deterioration. Experts agree that in the vast majority of cases, Alzheimer’s, like other common chronic conditions, probably develops as a result of complex interactions among multiple factors, including age, genetics, environment, lifestyle, and coexisting medical conditions. Although some risk factors—such as age or genes cannot be changed, other risk factors—such as high blood pressure and lack of exercise — usually can be changed to help reduce risk. Research in these areas may lead to new ways to detect those at highest risk.

By identifying and controlling your personal risk factors, you can maximize your chances of lifelong brain health and take effective steps to preserve your cognitive abilities. There are six routines for a brain-healthy lifestyle that are within your control.

According to the Alzheimer’s Research & Prevention Foundation, regular physical exercise can reduce your risk of developing Alzheimer’s disease by up to 50 percent. What’s more, exercise can also slow further deterioration in those who have already started to develop cognitive problems. Exercise protects against Alzheimer’s by stimulating the brain’s ability to maintain old connections as well as make new ones.

Human beings are highly social creatures. We don’t thrive in isolation, and neither do our brains. Staying socially engaged may even protect against Alzheimer’s disease and dementia in later life, so make developing and maintaining a strong network of friends a priority.

In Alzheimer’s disease, inflammation and insulin resistance injure neurons and inhibit communication between brain cells. Alzheimer’s is sometimes described as “diabetes of the brain,” and a growing body of research suggests a strong link between metabolic disorders and the signal processing systems. By adjusting your eating habits, to reduce sugar, avoid trans fats and consume fruits and vegetables, you can help reduce inflammation and protect your brain.

Those who continue learning new things throughout life and challenging their brains are less likely to develop Alzheimer’s disease and dementia. In essence, you need to “use it or lose it.” In the groundbreaking NIH ACTIVE study, older adults who received as few as 10 sessions of mental training not only improved their cognitive functioning in daily activities in the months after the training but continued to show long-lasting improvements 10 years later.

It’s common for people with Alzheimer’s disease to suffer from insomnia and other sleep problems. But new research suggests that disrupted sleep isn’t just a symptom of Alzheimer’s, but a possible risk factor. An increasing number of studies have linked poor sleep to higher levels of beta-amyloid, a sticky brain-clogging protein that in turn further interferes with sleep—especially with the deep sleep necessary for memory formation. Other studies emphasize the importance of uninterrupted sleep for flushing out brain toxins.

Chronic or persistent stress can take a heavy toll on the brain, leading to shrinkage in a key memory area, hampering nerve cell growth, and increasing the risk of Alzheimer’s disease and dementia.