How Long Should a Care Facility Charge After a Patient Dies? 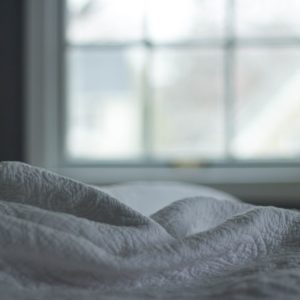 Authorities in the United Kingdom have launched an investigation after learning that some care homes are charging families for weeks after the death of an elderly relative.

Some families have complained that they were charged for the time it took to rent the room to another patient, often resulting in a charge of thousands of pounds. (The value of the English pound to the U.S. dollar changes daily and is roughly equal to $1.50 to $1.80.)

Many care homes there charge the relatives of a deceased resident for a week after the death so there is time to clear their belongings, but some families are being charged fees for extended periods after their relative’s room had been cleared.

The United Kingdom is comprised of England, Northern Ireland, Scotland and Wales. Each has its their own systems of publicly funded healthcare, funded by and accountable to separate governments and parliaments, together with smaller private sector and voluntary provision. While most health care services in the UK are free to patients, families of dementia patients in care homes are often required to pay for services.

In response to the ongoing investigation, some care homes defended their policies and said local authorities are not paying enough toward the cost of care. Others said it was necessary to charge families when a room is unoccupied.

Care England, the trade organization for care homes in the UK, said arrangements for paying for rooms after the death of the resident are stipulated in the contracts. Its chief executive, Martin Green, was quoted as saying “the payments do not stop the moment you die; rather there are contractual arrangements which the person’s estate is responsible for.”

Investigators are also looking into unexplained or hidden charges, unexpected fee increases and occasions when relatives’ complaints have not been handled fairly. They have also received complaints about difficulties changing homes after a fee increase and self-funders paying more than state-funded residents for the same services.

While this is taking place in the UK, it is important for those with relatives receiving care in U.S. nursing homes or care facilities to be aware of these issues. Read the contract to determine how long the facility can continue to charge after the patient dies and if there are any fees or other financial obligations if the family wants to change to a different facility. If you are concerned about hidden or unexpected fees or increases, or suspect the patient is not receiving adequate care, contact the Ombudsman Resource Center for a representative in your area.

Please call the Law Office of Kathleen Flammia at 407-478-8700 or contact us today for more information.