Where Do the Presidential Candidates Stand on Social Security, Medicare and Home Health Care? 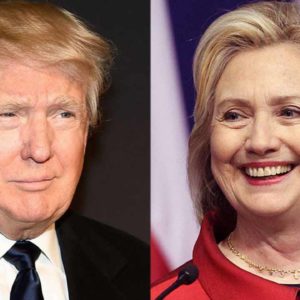 With the election inching closer every day, voters are starting to pay more attention to the issues. Of great concern to millions of retirees is what the candidates’ plans are for Social Security and Medicare, and their positions on home health care. Here is a brief summary of what we currently know.

Social Security
Hillary Clinton opposes privatization, reducing annual cost-of-living adjustments or increasing the retirement age. She would expand Social Security benefits to caregivers who leave the workforce to look after children or ill family members, as well as for widows who face steep benefit cuts when their spouses die. To pay for these extended benefits, higher income earners (those earning more than $250,000 per year) would pay more through higher payroll taxes and higher-income beneficiaries would pay more income tax on Social Security benefits.

Donald Trump has said that he does not want to touch Social Security. His plan to fund benefits is to create new jobs that generate more payroll taxes, and to get rid of deficits, waste, fraud and abuse.

Medicare
Hillary Clinton opposes any attempts to phase out or privatize Medicare. She has proposed a new program called “Medicare for More” that would allow individuals over age 50 (or 55) to be able to buy into Medicare. She projects that the program would cover an additional 13 million Americans, including seven million uninsured. She also endorses “bundled payments” that allow individuals to make one payment for care rather than pay multiple providers involved in treatment.

Donald Trump has said he will not cut Medicare and plans to leave it as it is. However, he does plan to repeal and replace the Affordable Care Act (ObamaCare).

Both have said they will work on reducing the costs of prescription drugs.

Home Health Care
This year, both parties’ platforms included the need for community-based long-term care. The Democrat platform addressed the need for expanded family leave (which could help some working people caring for parents or spouses), and Hillary Clinton has talked about tax breaks, Social Security credit, respite care for family caregivers, and training and better pay for care workers. The GOP platform, while less specific, calls home-based care a priority in public policy, stressing that seniors who desire to age at home must have safe and affordable care.

Watch for developing details on these issues as the election nears. In addition, information can be found on the candidates’ websites.