Senior citizens with Medicare get lots of benefits from Obamacare

by Kathleen Flammia in Medicaid Planning 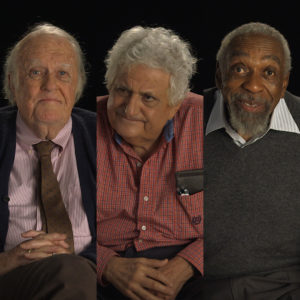 There was such a barrage of Republican attacks on Obamacare before it ever got off the ground that it has prevented many – maybe most – from even knowing what it does. Senior citizens, for example, are probably unaware that it lowered their drug prices and established new free preventive services. It saved twelve million on Medicare $26 billion on drugs since 2010 and over 40 million used the free preventive services just last year.

It shows more than 11.8 million Medicare beneficiaries have received discounts over $26.8 billion on prescription drugs – an average of $2,272 per beneficiary – since the enactment of the Affordable Care Act.

Because of the health care law, in 2010, anyone with a Medicare prescription drug plan who reached the prescription drug donut hole received a $250 rebate. In 2011, beneficiaries in the donut hole began receiving discounts and savings on covered brand-name and generic drugs. People with Medicare Part D who are in the donut hole in 2017 will receive discounts and savings of 60 percent on the cost of brand name drugs and 49 percent on the cost of generic drugs.

The Affordable Care Act added coverage of an annual wellness visit and eliminated coinsurance and the Part B deductible for certain recommended preventive services covered by Medicare, including many cancer screenings and other important benefits. By making certain preventive services available with no cost sharing, the Affordable Care Act removes barriers to prevention, helping Americans take charge of their own health and helping individuals and their providers better prevent illness, detect problems early when treatment works best, and monitor health conditions.

For state-by-state information on utilization of an annual wellness visit and preventive services at no cost to Medicare beneficiaries, please visit: https://downloads.cms.gov/files/Beneficiaries%20Utilizing%20Free%20Preventive%20Services%20by%20State%20YTD%202016.pdf.
Sutherland , Tucker. “Senior Citizens with Medicare get lots of benefits from Obamacare.” 27 January 2017. http://seniorjournal.com/NEWS/Medicare/2017/20170127-Senior-citizens-with-Medicare-get-lots-of-benefits-from-Obamacare.htm#TP3pvetIp07MQzV5.99