Shingles Can Lead to Stroke and Heart Attack 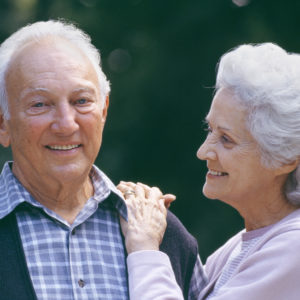 Shingles is a painful skin rash that affects about a million Americans every year, and one in three people will develop shingles during their lifetime. According to a recent study published in PLOS Medicine, shingles can also lead to strokes and heart attacks.

Previous studies had suggested an increased risk of stroke and heart attacks following shingles. In this study, researchers from the London School of Hygiene and Tropical Medicine looked at more than 67,000 U.S. Medicare patients (age 65 and older) who had shingles and subsequently suffered a stroke or heart attack during a five-year period afterwards.

Researchers suspect that the shingles virus causes dysfunction within the blood vessels, in which plaques rupture in the artery wall, increasing the risk of blood clots. Also, the pain in acute cases may be so severe that the stress can increase blood pressure to unhealthy levels.

If you had chickenpox, which is caused by the varicella zoster virus, you are at risk of having shingles. Although recovery from chickenpox is usually quick, the virus can live throughout a person’s lifetime inside the nervous system. The dormant virus causes no symptoms, but if it becomes activated, it causes herpes zoster (also known as shingles or zoster).

Anyone who has had chickenpox can develop shingles. It is not clear what causes the virus to reactivate, but it may be due to lowered immunity to infections as we grow older. The condition is most common and most severe in elderly people, with half of the episodes occurring in people over age 60. Multiple episodes are not uncommon.

Early signs of shingles include burning or shooting pain, tingling and itching. Blister-like sores, which last 1-14 days, develop on one side of the face or on one side of the body in a horizontal band. The pain, which can be debilitating, can continue for years after the rash disappears. This condition, called post-hermetic neuralgia (PLN), greatly reduces quality of life.

A person with shingles is contagious while the blister-like sores are present. However, a person who has direct contact with the shingles rash and has not previously had either chickenpox or the vaccine can develop chickenpox but not shingles.

Vaccinations for the virus are available for children (chickenpox) and for adults (shingles). Researchers had hoped to determine the effectiveness of the vaccines, but not enough of the patients in the study had had the vaccine. There is no cure, but vaccination can prevent the condition or lessen its effects, and early treatment with antivirals may prevent lingering pain.

Please call the Law Office of Kathleen Flammia at 407-478-8700 or please visit our website at flammialaw.com for more information.