Are the Proposed Rules Governing Stretch IRAs a Good Thing? 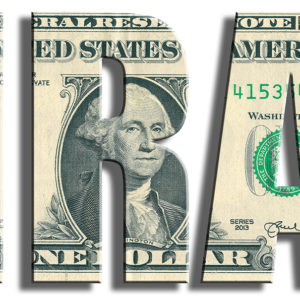 In spring 2019, two bills that affecting retirement accounts landed on Capitol Hill. In the House, the SECURE (Setting Every Community Up for Retirement Enhancement) Act was unveiled in March. A few days later, the Senate introduced a companion bill called RESA (the Retirement Enhancement and Savings Act). Both proposals proposed a wide variety of retirement savings-related issues, but the most far-reaching—and controversial—is a modification of the ‘Stretch’ IRA rules. Both the House and the Senate proposals accelerate both IRA distributions and the taxes on inherited IRAs for non-spouse beneficiaries.

The current rules allow a spouse to rollover his or her deceased spouse’s IRA and declare it their own as a ‘spousal IRA.’ The proposed legislation doesn’t change this. However, the proposed legislation does have something to say about Required Minimum Distributions (RMD). Currently, the owner of an IRA must begin taking RMDs at age 70. The House bill proposes increasing the RMD age to 72. If a person other than a spouse is named as a beneficiary (which is often the case), that beneficiary can generally take IRA distributions over their life expectancy under the IRS Table 1. This rule allows the beneficiary to ‘stretch’ the IRA distributions—and the taxes on those distributions—over a longer timeframe.

The proposed rules greatly accelerate tax collection. The House version changes the stretch period to ten years. The Senate version allows a stretch on the first $400,000 of aggregated IRAs, with a requirement to distribute the exceeding balance within five years. In my opinion, eliminating the stretch for larger accounts is not a tax simplifier, it’s a tax accelerator, not to mention the fact that these changes can also push beneficiaries into higher tax brackets.

Both versions allow exceptions for distributions to minor children, disabled or chronically ill beneficiaries, or beneficiaries not more than a decade younger than the deceased IRA owner. Both versions would apply to inherited IRAs for deaths after 12/31/2019.

What are the implications? In short, it’s going to cost a lot of people a lot of money. Removing the stretch provision using life expectancy and substituting a five or ten-year payout will have a significant financial effect.

In virtually any circumstance, beneficiary of an IRA will be more in taxes under these proposed rules than they do today using a life-expectancy stretch. Even worse, beneficiaries also lose the tax-deferred or in the case of a Roth, tax-free compounding during the stretch period.

What about Roth IRAs? They’re affected, too. The five or ten-year payout will apply to inherited Roth IRAs as well as traditional IRAs and Qualified Plans. For Roth IRAs, people are often advised to delay distribution as long as possible to accrete the balance tax-free. Some experts say that this change in the stretch will end up making Roth conversions more relevant. If the House version passes, investors will have an extra two years to bracket-top and make Roth conversions. If the proposed rules end up enacted as law, it will keep attorneys and financial planners busy as they rethink estate planning strategies.

Speaking of new strategies, it’s likely that new financial plans will incorporate the IRA distributions to the total estate plan, with the IRA dovetailing into the Revocable living trust. This could create higher demand for life insurance policies that provide tax-free benefits. Charitable Remainder Trusts and charitable giving may also become more attractive options. QCDs could become a primary strategy in order to decrease funds passing through an IRA. IRA beneficiary trusts could also be modified to become “toggle” trusts, which would modify cash flows in the distributions to inherited IRA beneficiaries.

Should we be concerned about these proposals that accelerate IRA distributions and the tax bills on inherited IRAs for non-spouse beneficiaries? In a word, yes. Both proposals represent a significant tax increase for those affected, although their sponsors would probably argue otherwise. So many people have been counting on the stretch for so long that to shake things up now could create a mess that estate planning attorneys will be mopping up for years. Stay tuned.