Estate Planning Perils of Falling in Love at 50+

by Flammia Law in Estate Planning 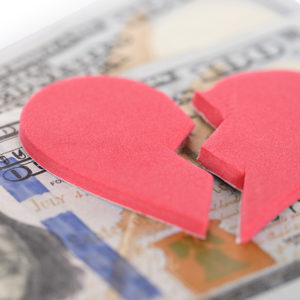 There’s nothing sweeter than love later in life—until it comes to estate planning.

That’s where things can get tricky. Let’s say that you’re a woman who was widowed. You and your spouse had children and acquired assets during your marriage. Let’s assume that your spouse had life insurance and retirement accounts, and maybe even a pension. Financially, you’re set. But you’re lonely. So, you end up on Match.com and after receiving 500 inappropriate snapshots and sitting through 50 bad first dates, you find a guy you like. There’s just one problem. He’s not exactly a financial peer. In fact, he has $3,000 and used VW bus to his name. But you’re in love…

Situations like these keep family law firms in business. A good attorney is going to say, “Let’s draft a prenuptial or postnuptial agreement to keep your assets separate.” And many couples decide to go this route. But that’s just one of the many pitfalls that await romances that bloom later in life. When you’re flush with the glow of love, you’re not thinking about things like cancer, an Alzheimer’s diagnosis, or who’s going to pay the $9,000/month nursing home bill.

If one member of the couple needs to qualify for Medicaid, things can unravel quickly. When it comes to the financial application process, Medicaid doesn’t recognize prenuptial and postnuptial agreements. Fortunately, in Florida, if a person gets sick and needs nursing home care, there’s a technique called spousal refusal that says that one spouse is not responsible for the medical bills of an ill spouse. If we use this technique, the well spouse keeps all assets over $126,420. But there’s a catch: the well spouse can’t access any of the ill spouse’s income.

Even if everyone’s healthy, falling in love later in life often creates problems with children from previous marriages. This is a common plot line in fiction; it’s the inverse of the evil stepmother scenario. Dad remarries a much younger woman, much to the chagrin of his children from a previous marriage. Dad dies, the new wife gets the bulk of the estate, and the kids are in an uproar. “Why is she, the new wife, getting everything?” they complain. “She got what should be ours.” This same conflict can also manifest as current spouses and children from earlier marriages fight over the care of an older adult with dementia or one whose faculties are in question. Top 40 radio announcer Casey Kasem and astronaut Buzz Aldrin are two recent examples.

So, you might be asking yourself this question: Is it a better idea to simply shack up if you’re over 50? If you’re in love and you’re smart, you may be tempted to sidestep the altar. Some people I know have done it. From an estate planning perspective, there are many pitfalls to marrying later in life. But there are benefits that may outweigh the risks. It just depends on what you want.

Some people want money. If you’re over 50 and your financial situation is less than secure, you may want to find a financially stable person who is willing to support you. But if you have plenty of money, it’s important to think carefully before blending your financial life with that of another person, especially if that other person is motivated by the desire for financial security.