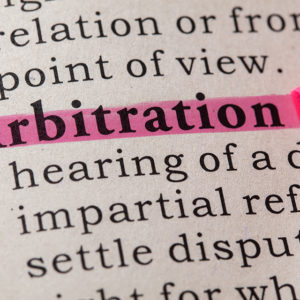 If someone you love lives in a nursing home, you’ll want to know about a new final rule issued in July from the agency that regulates nursing homes in the U.S. The Centers for Medicare & Medicaid Services (CMS) has changed the way long-term care facilities can use arbitration agreements to resolve disputes with residents.

This final rule repeals a rule issued by CMS in 2016 that prohibited nursing homes from entering into pre-dispute, binding arbitration agreements with their residents. Nursing homes were understandably unhappy with the 2016 decision and appealed the decision in court. After a series of legal challenges, CMS decided not to enforce the 2016 rule.

The new rule, issued this past July, seeks to balance the needs of nursing homes with those of residents. At first glance, repealing the ban on binding arbitration agreements may seem like a bad thing for residents of long-term care facilities, but it’s not. The new rule clarifies and enhances protections for residents.

First, for those of you who are new to nursing home agreements, let me give you some context. Binding arbitration is a means of resolving a dispute that is private, less formal, less costly and less time-consuming than traditional litigation. The parties agree to submit their dispute to an impartial arbitrator authorized to resolve the controversy by rendering a final and binding award. A matter may proceed to arbitration usually in a matter of months, instead of the several years it may take to have a case heard in court.

This may sound like the ideal way to resolve problems, but there are drawbacks. Sometimes nursing homes don’t tell residents that when they sign the contract for services, they are agreeing to an arbitration clause. If a dispute goes to arbitration and the arbitrator’s award is unfair or illogical, a resident may well be stuck with it and barred forever from airing the underlying claim in court. The “take-it-or-leave-it” nature of many arbitration clauses often works in favor of the nursing home when challenged by a resident who has shallower pockets and less power. And transparency can be an issue. The fact that arbitration hearings are generally held in private rather than in an open courtroom means that the courts don’t review these decisions. And, while most still claim that arbitration is less costly than litigation, its costs are increasing.

How does new rule change things? Here’s the overview:

Fourth, the new rule protects residents’ rights to make informed choices about their health care by ensuring that residents or their representatives have the right to understand what the arbitration agreement says and the consequences of signing the agreement. It ensures that the agreement provides for the selection of a neutral arbitrator agreed upon by both parties and a venue that is convenient to both parties.

And finally, the new rule ensures that the agreement does not contain any language that prohibits or discourages the resident or anyone else from communicating with federal, state, or local officials, including Federal or state surveyors, other federal or state health department employees, or representative of the Office of the State Long-Term Care Ombudsman. This protects the resident and his or her representative from any undue influence by the nursing home to not discuss the circumstances surrounding a concern, complaint or grievance.

Ultimately, this new rule is a big win for families. It helps to ensure that the arbitration process is fair to everyone, especially the residents.

If you’re interested in viewing the complete rule, you can find it here: https://www.federalregister.gov/documents/2019/07/18/2019-14945/medicare-and-medicaid-programs-revision-of-requirements-for-long-term-care-facilities-arbitration.