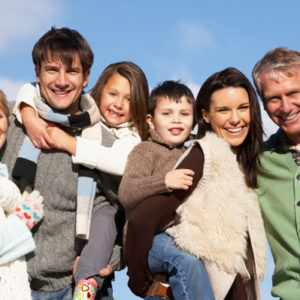 An estimated 5.3 million Americans have Alzheimer’s disease—an irreversible, degenerative disorder of the brain that affects problem-solving abilities, behavior and speech. It is typically associated with old age, and many of us have older family members who have been affected. As baby boomers age, the number of Alzheimer’s victims is expected to increase.

But approximately 200,000 of those diagnosed with Alzheimer’s are under age 65. Known as early-onset Alzheimer’s, the disease can even strike people in their 30s or 40s—at a time when they are beginning to build their careers, their savings and their families, and are least likely to have the financial and emotional abilities to cope.

A diagnosis of early-onset Alzheimer’s can be devastating. The person with Alzheimer’s will become unable to work. The spouse often has to work less or even stop working to become the caregiver. Savings can be wiped out quickly. With an average life expectancy of just 8-10 years after diagnosis, dreams of a long life together fade as the Alzheimer’s patient slips away.

Early-onset Alzheimer’s is difficult to diagnose, primarily because it is not expected at such a young age. And because it progresses gradually, it is often confused with other conditions. It’s easy to blame stress, depression and menopause (in women) for early symptoms, which can include fatigue, disorientation, not being able to find the right words, inability to focus and engage, and forgetfulness. Practically everyone has forgotten where we put something or why we came into a room, and we don’t give these lapses much thought. Medications, a brain tumor, even a urinary tract infection, can cause similar symptoms.

Often, co-workers may be the first ones to spot that something is truly wrong. Reports and tasks that were routine may become extremely difficult, take much longer and/or have errors. At the same time, it’s important not to assume that these changes in performance mean that someone has Alzheimer’s.

That’s why it’s important to get the proper testing. Early-onset Alzheimer’s often has a genetic component, with several members of the same family having it. Cognitive testing is also recommended. Ultimately, it may take a brain scan to confirm the diagnosis.

While there are no cures yet, there are medications that can slow the progression of Alzheimer’s, but they need to be taken early to be most effective. That’s another incentive to have the testing done as soon as you suspect something may be wrong.

Please call the Law Office of Kathleen Flammia at 407-478-8700 or Contact Us Now for more information.