Warning: An Alzheimer’s Tsunami is Coming and We Must Prepare 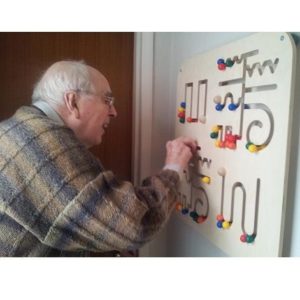 That’s the message from Andrew Tisch, chairman of Loews Corporation, co-founder of the political reform group No Labels, and Vice Chair of the U.S. Global Leadership Coalition.

In a recent article, Mr. Tisch describes how we are unprepared for the enormous costs we will soon be facing from a huge upswing in our aging population and the resulting number of Alzheimer’s patients.

As he points out, in 2010 there were 11.4 million Americans over the age of 80. By the year 2050, due to the power of modern medicine, there will be over 32 million. But amid that laudable success is a glaring problem: One in two people who reach their 80s will get Alzheimer’s, and the American health care system isn’t even remotely prepared to deal with that.

The annual cost to care for people with Alzheimer’s and other dementia’s is already $226 billion, with Medicare and Medicaid picking up 68% of the costs. If recent trends continue, he states, the annual cost of Alzheimer’s could reach $1 trillion, in current dollars, by 2050, costing Medicare and Medicaid almost $700 billion—about one-fifth of the federal government’s current budget.

Mr. Tisch calls for Washington to dramatically increase the amount of federal money going to Alzheimer’s research. While disease research of all kinds is worthy and important, he states, Alzheimer’s stands apart for the destruction it wreaks on families and finances. Five million Americans currently have Alzheimer’s and the disease’s impact spreads far beyond those who have it. Every person with Alzheimer’s requires three people—children, spouses, friends and health care workers—to serve as caregivers. This can be a full-time job, and it often takes a financial, emotional and physical toll on the caregivers and their families.

The National Institutes of Health (NIH) allocated almost $1 billion to Alzheimer’s research last year, but funding is behind what researchers need and what other diseases already receive. The treatments available now only treat symptoms and do not prevent, slow or reverse the disease. Researchers believe a significant boost in funding could lead to breakthroughs in the coming years. Dr. Greg Petsko of Weill Cornell Medical College states that “if NIH doubled research funding for Alzheimer’s tomorrow, it would kick the whole machinery of grant making and academic and pharmaceutical company research into a higher gear.”

President Trump’s budget proposal includes an 18% cut to the NIH budget as part of a broader effort to slash discretionary spending. However, a bipartisan group of a dozen senators have written a letter to President Trump asking him to increase funding for Alzheimer’s research. As Mr. Tisch puts it, a potential cure for Alzheimer’s should not go undiscovered for lack of a few billion dollars in a $4 trillion-dollar annual budget.

Please call the Law Office of Kathleen Flammia at 407-478-8700 or contact us today for more information.